According to the conventional view of MNE–host country relations, multinational enterprises (MNEs) faced with political risk condition their strategic responses on each party’s relative power positions – or bargaining influence.

Drawing insight from network theory, institutional theory, and international relations research, I argue that firm sensitivity to political risk is contingent upon a complementary concept – social influence. Social influence is a passive, natural, non-deliberate convergence in values among actors that occupy proximate positions within a network. In international business, social influence arises through the positioning of MNE and host government in a complex global network of nations.

To test this new theoretical model, I construct a global network of trade relations that I combine with a unique transaction-level dataset from the global petroleum industry. My results demonstrate that social influence, as modeled by home–host structural equivalence, moderates the effects of political risk. Further, my findings provide support for a conceptual and empirical distinction between social influence and the traditional bargaining influence examined in the literature. 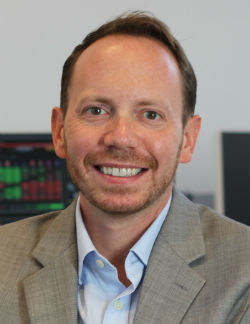 Dr. Anthony Cannizzaro is a Director of the Strategy, Management & Operations Academic Area and Assistant Professor in the Busch School of Business. Dr. Cannizzaro's academic interests lay at the intersection of business, government, and civil society. His research is interdisciplinary, synthesizing theory from international strategy with complementary areas such as institutional economics, political economy, and economic sociology to better understand how multinational firms engage with diverse stakeholders. His current work examines the implications of institutions, political relations, and state ownership on the transparency of foreign direct investment.
Back to Top