Machines are replacing more and more factory jobs. Five million such jobs have disappeared in US since 2000, mostly from automation. Many fear that this means the end of manual labor. Are they right?

It’s true that in the next twenty years, most routine jobs will go to machines. That includes not just factory jobs but office jobs. But it doesn’t follow that all manual work will perish.

Think of Marcus Daly and his hand-made Marian Caskets. They cost about as much as fancy satin-lined caskets that can be found online. So why would anyone buy a simpler, handmade casket? Won’t a robot factory soon make Marcus Daly’s work obsolete?

No, because his customers aren’t buying a commodity.

If I want a tank of gas, and every gas station around is the same except for price, I’ll go for the lowest price. But man does not live by price—or commodities—alone.

Marian Caskets appeal to Catholics not because they’re dirt cheap, but because they’re unique. They resonate with Christian belief in the uniqueness of every person and the value of the body. They also connect to the Divine Mercy prayer, to the memory of Pope John Paul II, who was buried in a similar casket, and to Jesus, a humble carpenter.

This is why robots will never replace all human labor. For some things, we value the fact that they’re handmade.

Sometimes, we freely pay more for variable and man-made than for standardized and machine-made. In the future, such goods won’t cease to exist. They’ll have a vastly expanded market.

Think about Marcus Daly’s enterprise. It appeals to a niche market. Marian Caskets would gather moss if limited to the tiny island where they’re made, with a population of ten thousand. But network technology like the Internet has expanded demand to the lower forty-eight states. Even though Daly has barely tapped into that market, this has allowed him to turn a micro-niche product into a real business.

Etsy, the online platform for handmade and vintage products, is another example of this kind of market. Etsy links small artisans to customers around the globe. In 2016 there were 1.6 million sellers and some 24 million buyers on Etsy.

Similar things are happening in agriculture. In the past century, small farms gave way to giant farms. This process came at a cost—hundreds of thousands of smaller farms disappeared. Still, it helped all of us over the long run. We got more food at much lower prices, and more time and resources for other pursuits.

But no one expected what’s now happening. As the price of food has dropped, the desire for quirky, organic, and locally-grown products has soared. At first these were luxury items. Now they’re more widely enjoyed indulgences.

Here’s a prediction. As the number of routine jobs goes down, the demand for the unique human touch will go up. 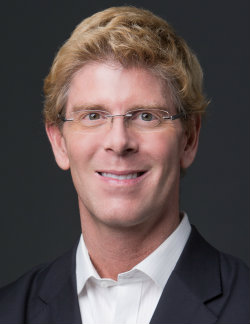 Jay W. Richards, Ph.D., is an assistant research professor in the Busch School of Business and Economics at The Catholic University of America and author of the forthcoming book The Human Advantage: The Future of American Work in an Age of Smart Machines. He is also a speaker at the 2018 Principled Entrepreneurship Conference on the topic of Dignity of Work, to be held Oct-3-5.