Catholic Social Doctrine and the Dignity of Work: Marco Rubio on What the Economy is For

“The labor of the working class – the exercise of their skill, and the employment of their strength in the workshops of trade is indispensable… Justice demands that the interests of the working classes be carefully watched over by the administration, so that they who contribute so largely to the community may themselves share in the benefits which they create.”

On November 5th, the Busch School of Business was honored to welcome Senator Marco Rubio to discuss his view on the purpose of economics, and specifically capitalism, in the American sphere.

Speaking to the students, Senator Rubio expanded on his First Things article, What Economics is For, and his Senatorial economics report, American Investment in the 21st Century, both of which analyze the issues and ramifications of how economic progression in the United States is being measured in our corporation’s success. Rubio points out that corporations today focus on their profit margins, stock prices, and shareholder relations more than if their employees have dignified jobs, resulting in a form of Capitalism present in America that does not take into account the common good.

Senator Rubio stated that the teachings of the Catholic Church pertaining to the dignity of work can rebuild the American economy, not only to promote the individual and the family, but also to save capitalism from itself. He asked the students, “does our country exist to serve the interest of the market, or does our market exist to serve the interests of our nation and of our people?” Senator Rubio believes that common-good capitalism, a version of capitalism that takes into account tenants of Catholic Social Teaching, is the answer to this issue:

“Common-good capitalism is about a vibrant and growing free market, but it is also about harnessing and channeling that growth for the benefit of our country, our people, and our society at large.”

To contrast his own idea of common-good capitalism, he analyzed the current state of capitalism, and gave examples of how businesses have not been acting in the best interest of both their workers and the country as a whole. As a result of this, dignified work has been lost, making it difficult for Americans to have the necessary time with their family and communities. The lack of opportunity for dignified work continually is causing Americans to unwillingly be unsupportive of our national economy and political climate, even with the recent economic growth. The unavailability of dignified work has led to a society where “more families need Thanksgiving meals delivered, but fewer families have the money or time to provide them.”

The America Marco Rubio loves is not the one described above. Rather, it is “so special, exceptional, and worth fighting for.” He further states that “America’s strength does not come from its size of our economy alone,” said Senator Rubio, “but how it goes about serving its people with its size.”  He concluded that even though others do not share his optimism about the future, he is confident in the way America can restore dignified work, as his “ultimate goal is to keep this country from coming apart.”

CATHOLIC NEWS AGENCY: Marco Rubio calls for 'an economics of the common good' 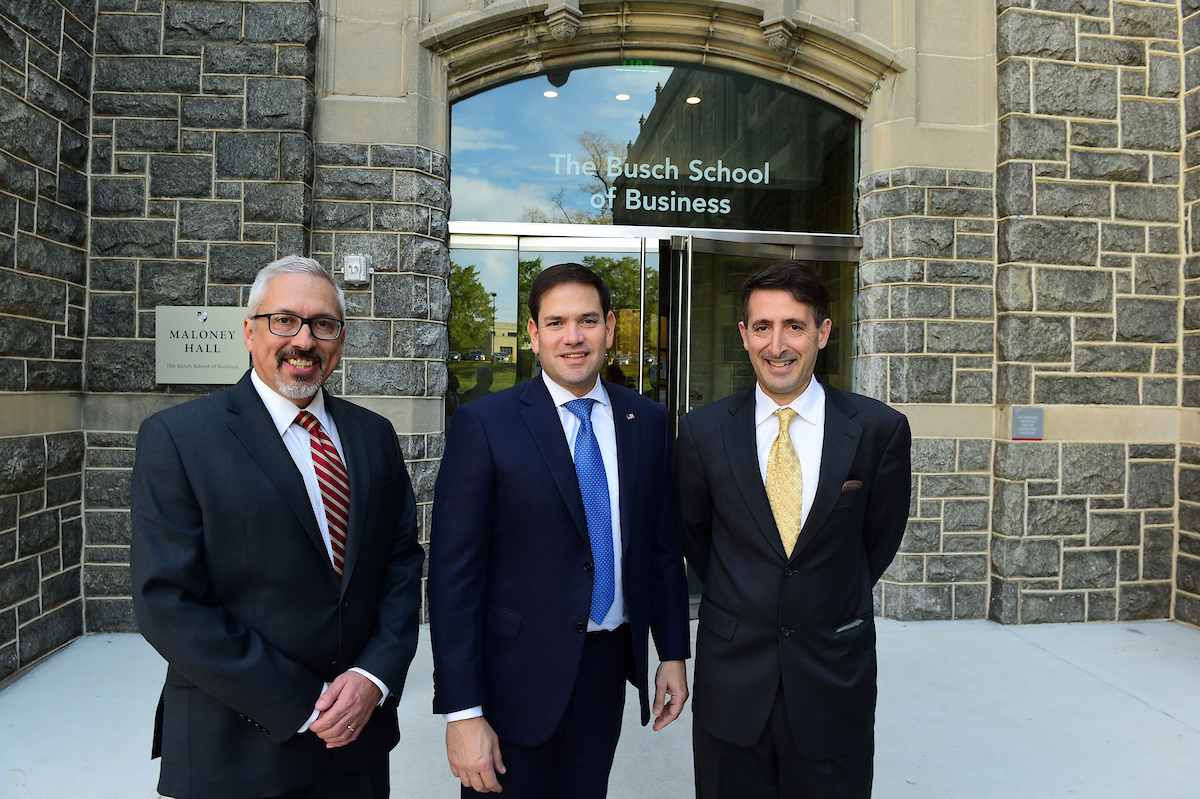 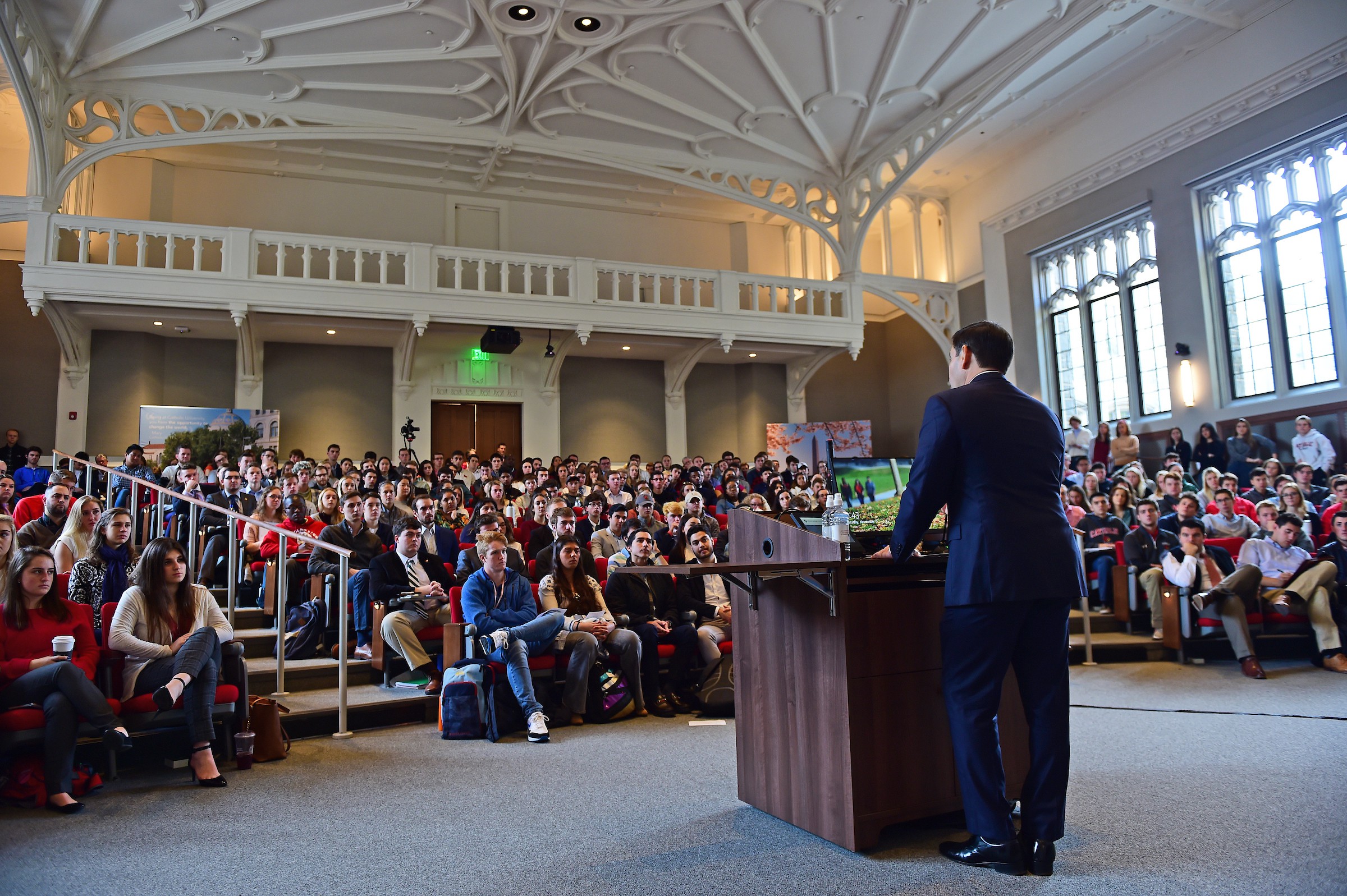 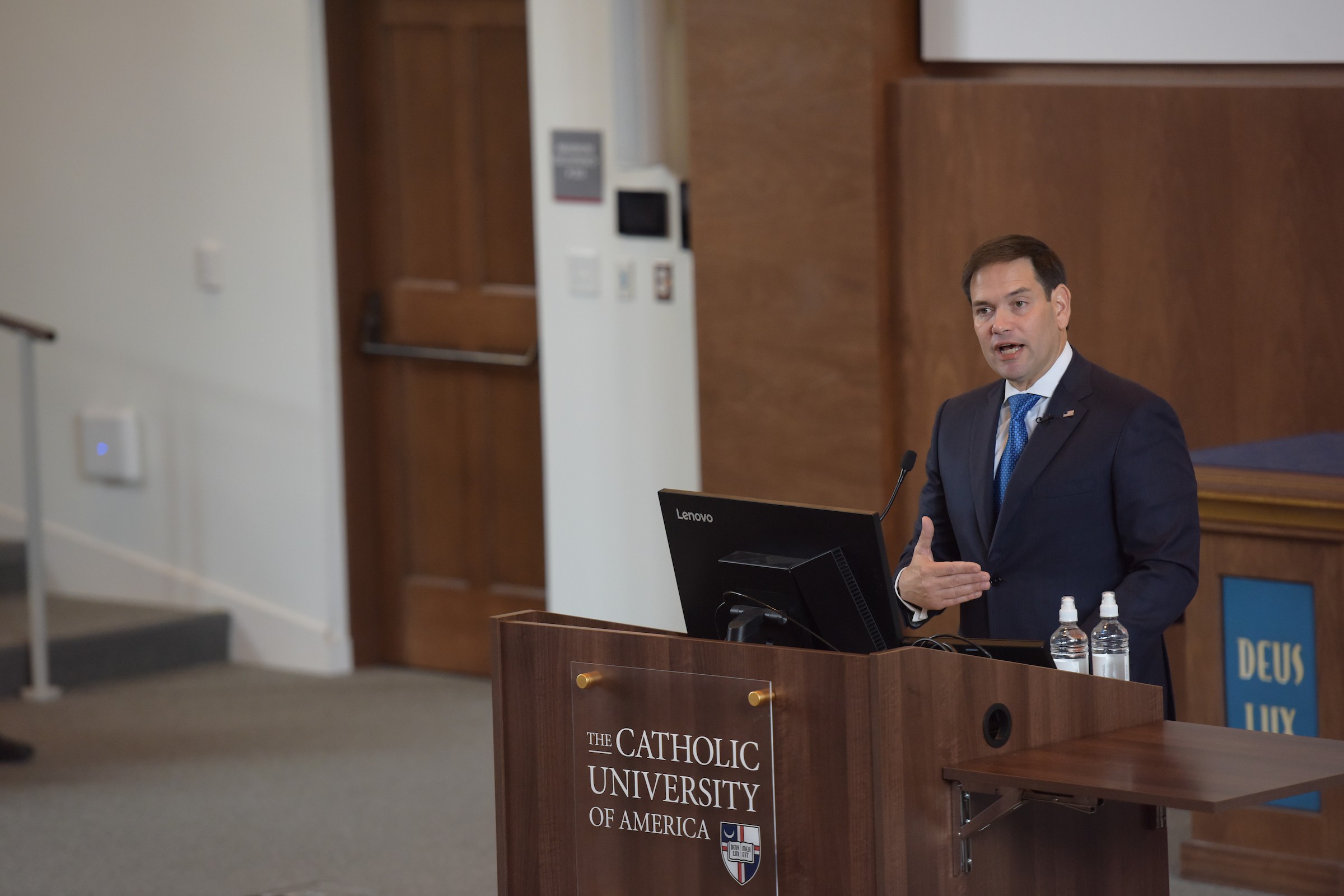 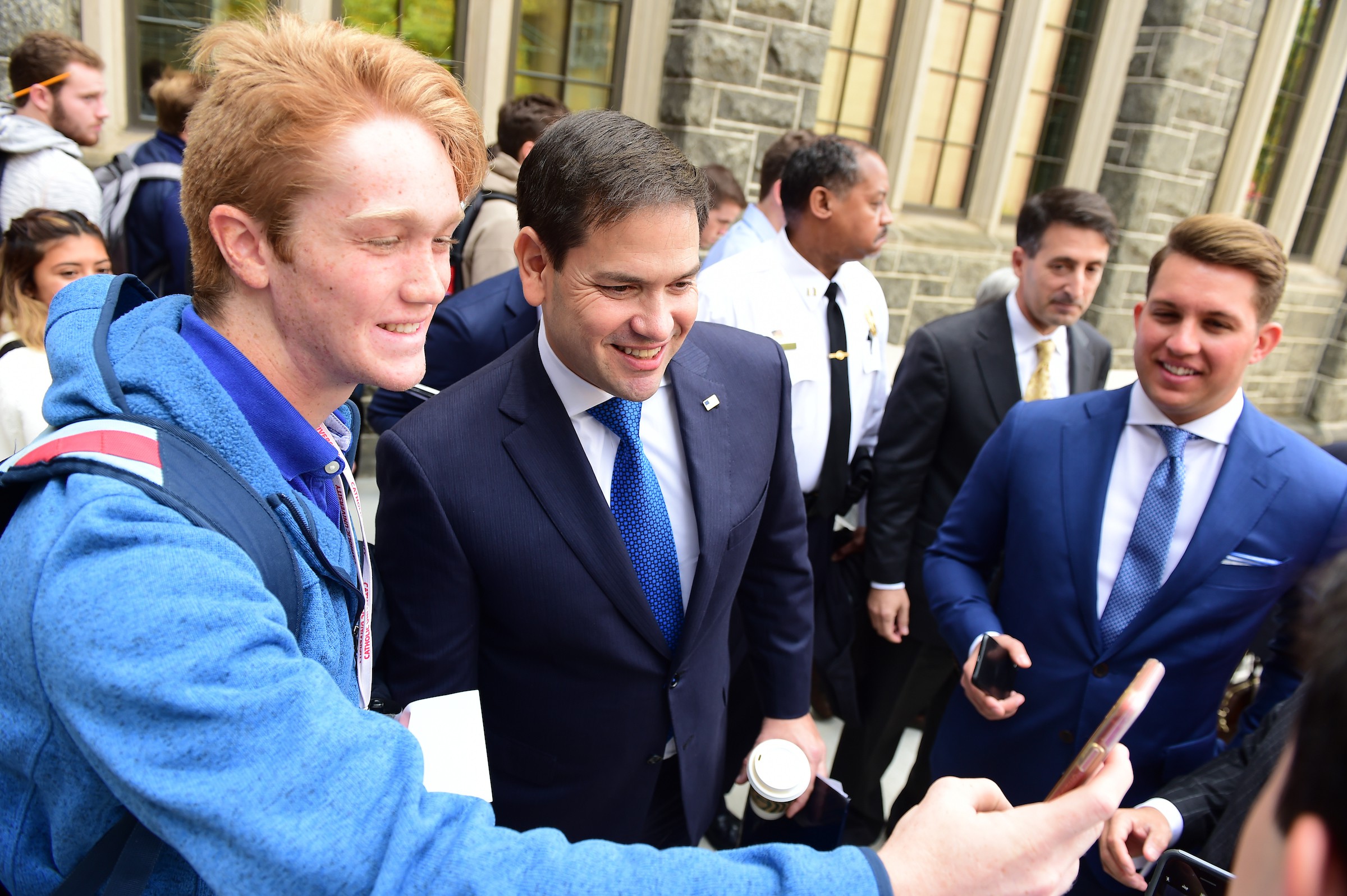 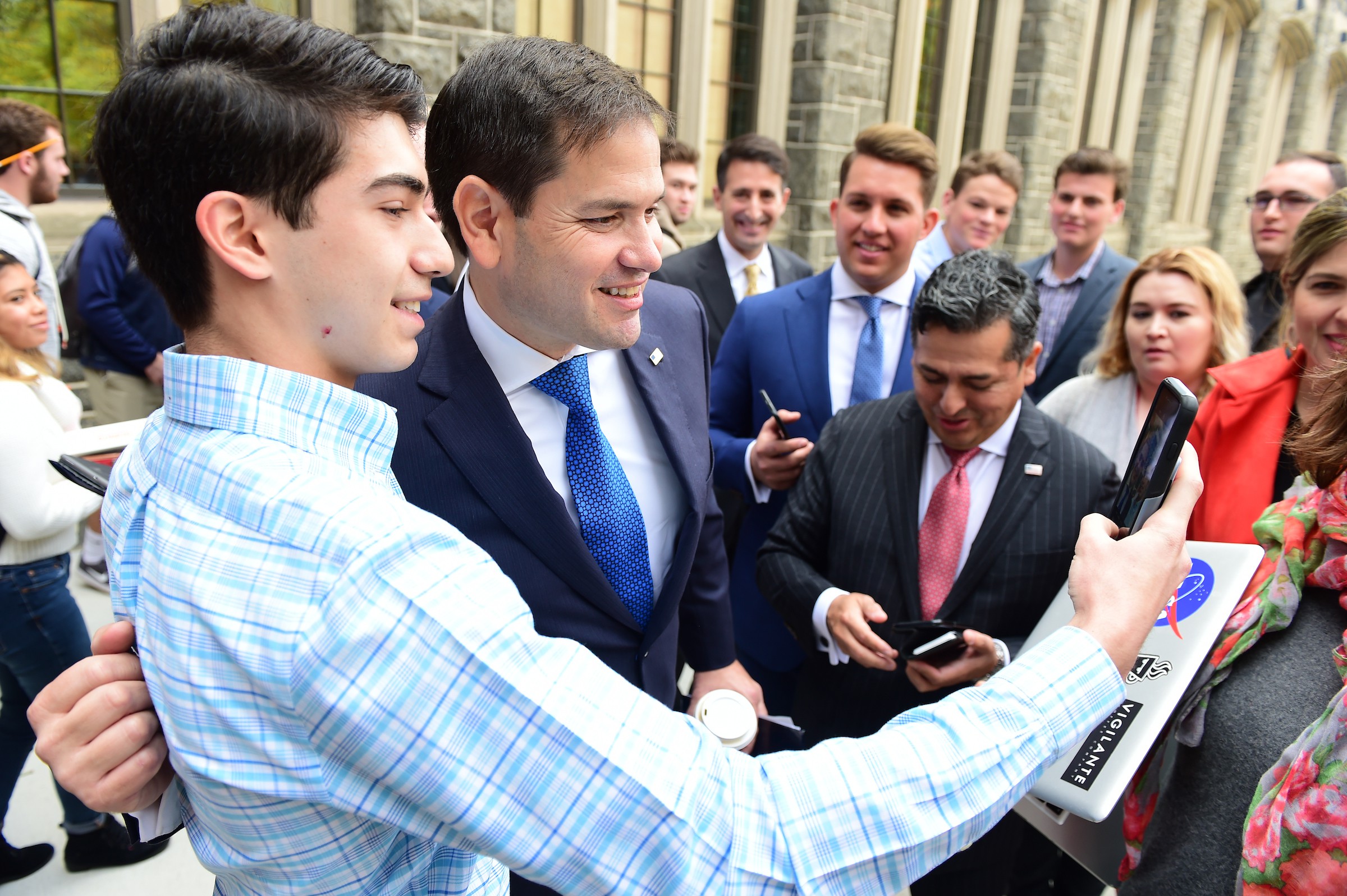 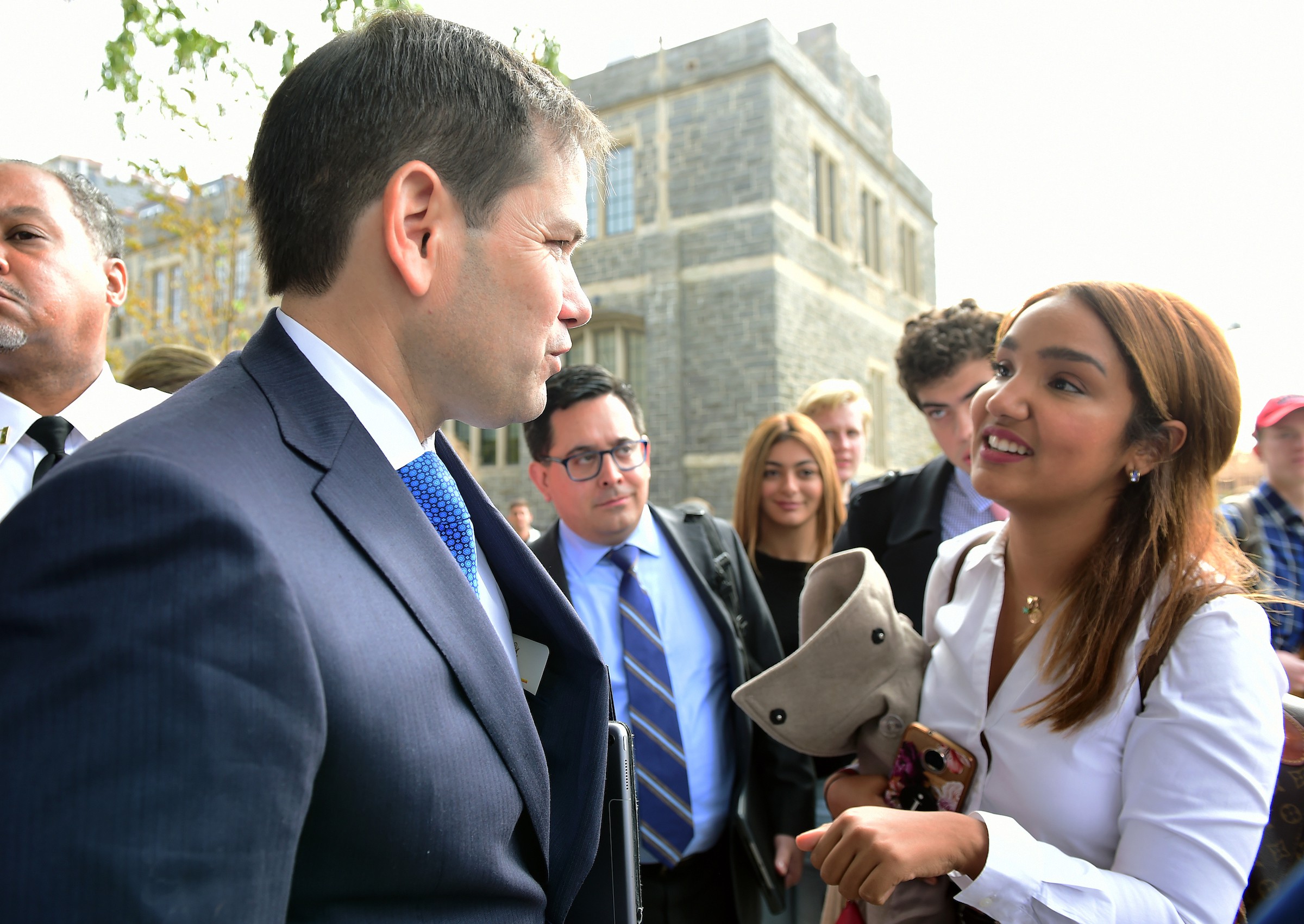